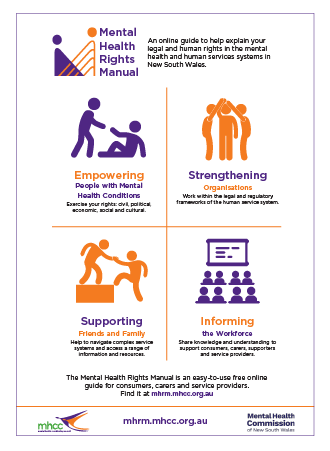 Chapter 6 Section B: Role and powers of the police

This section includes information about:

You have committed a crime when you have done something wrong according to a criminal law and this can be punishable by a court. Another term for a crime is an ‘criminal offence’ or ‘offence’. If a person is thought to have committed a crime, they may be referred to as an ‘alleged offender’. A person who has committed a crime is called an ‘offender’.
Some crimes are considered far more serious than others. The seriousness of a criminal offence is usually reflected in the maximum penalty that can be imposed if a person is convicted of that offence.

Some crimes can be dealt with ‘on the spot’ with the issuing of a fine by a police officer to the offender when the crime is discovered. These tend to be relatively minor crimes, such as travelling on public transport without a ticket, and some driving offences. For more about fines, click here.

Other crimes can result in the person accused being arrested and held in police custody. These are usually more serious crimes and are more likely to be dealt with formally through a court hearing. For more about courts, crime and mental illness , click here.

6B.4: Which other officers have powers for other matters

As well as the police, there are other people who have some enforcement powers, such as Local Government Rangers and Parking Patrol Officers. These are people employed by local governments to enforce local government by-laws in relation to litter control, animal control, bush fire control, off-road vehicles (on beaches and reserves), emergency management and parking.

Unless they are sworn special constables (which is unlikely), Rangers and Parking Patrol Officers do not have full police powers.

The NSW Police Transport Command is responsible for policing NSW public transport with the goal of reducing crime.

If you believe you have been wrongly dealt with or fined by any of these officers, you should first contact the authority they work for to make a complaint. You can also go to the Local Court to challenge a fine. To find out about getting advice, click here.

Sometimes people living with mental health conditions find themselves homeless, and therefore physically vulnerable. Sometimes these people find that their behaviour or way of speaking leads them to become the focus of attention in public places and there is the potential that police may be called.

People are entitled to be in public places and generally the police do not have the power to do anything unless a criminal offence has been committed or the police have a ‘reasonable suspicion’ that an offence will be committed.

However, the law gives the police powers to intervene to ‘maintain public order’. An example is that members of the NSW Police Force have the power to order a person to ‘move on’ if they are ‘noticeably’ drunk.

For information on police powers of arrest, click here or read on.

To read about arrest in a police station click here

6B.6: Police powers of arrest

If the police reasonably suspect that you have committed a crime or you are committing a crime, they can arrest you. ‘Reasonable suspicion’ is very different from ‘proof beyond reasonable doubt’, which is the standard of proof required when you finally go to court for the hearing of a criminal charge. If a person told the police that you did something that was a crime, unless the police have a lot of other evidence that you didn’t do what that person said you did, this would be enough for the police to have a reasonable suspicion that you had committed a crime.

Police have some discretion (that is, choice) about whether to arrest someone or not. This usually depends on the seriousness of the crime. Some less serious crimes can be dealt with by the police giving a warning. Some less serious crimes, including most traffic and parking offences, are dealt with by a ‘penalty’ or ‘infringement’ notice (an ‘on-the-spot fine’). If you are given a penalty notice you can decide to pay the amount of the fine or choose (‘elect’) to have the matter go to court. If you want to go to a hospital and fear that you may be arrested instead, you should make sure the police know:

For more information about police powers in NSW, click here.

The next section gives you information on what to do and what not to do if arrested, click here.

A police officer decides whether a person is to be arrested or brought to court by the issue of a court attendance notice. A person’s conduct can impact what decision the police officer makes. For less serious offences, being polite to the police may prevent a charge being laid.
Therefore, if you are arrested, it is important:

The NSW Law Society has a ‘know your rights’ advice sheet, ‘Being Under Arrest’ that you might find useful.

6B.6.2: Police powers and mental illness

Police, like other emergency services, are often called to deal with situations involving persons living with a mental health conditionThe term mental health condition is a broad term that refers to symptoms that may be caused by life events, genetic factors or birth defects. This condition can be temporary, episodic or lifelong. A mental health condition can include mood, anxiety, personality, psychotic and compulsive disorders. It includes, but is not limited to, those conditions and symptoms recognised as constituting mental illness under the Mental Health Act 2007 (NSW). More or experiencing distress. For example, a neighbour worried about a person’s mental health due to unusual behaviour may call the police to come speak with that person.

In NSW, police officers are encouraged to apply the least restrictive actions possible to a person experiencing a mental illness. They are encouraged to use effective communication as much as possible, and to use force only as a last resort.

Where police are concerned about a person’s mental health status that has not met the criteria for the person detained and taken for assessment under the Mental Health Act 2007, the NSW Police Force could take the following actions:

Where the police are concerned about a person’s mental health, they can detain and take that person to a public mental health facility for assessment under the Mental Health Act 2007 (NSW). For more information, click here.

6B.6.3: Police powers and absconding

Sometimes the police have a choice of whether to charge a person with mental illness with having committed a relatively minor crime or to take them to a public mental health facility. The police will consider the nature of the charge, the person’s criminal record, and the circumstances of the particular offence alleged to have been committed.

The Police may also become involved if patients who are involuntarily detained in mental health facilities under the Mental Health Act 2007 leave without permission (‘abscond’). Patients who abscond from care may represent a significant risk to themselves or others. If this is the case, the hospital may call the Police to locate that person and bring them back to that hospital. The hospital should provide to the Police a recent risk assessment conducted on the person, legal paperwork confirming they are lawfully detained under the Mental Health Act 2007 and a recent photo or other material that will assist in locating that person.

Similarly, Police may also become involved if someone does not comply with (‘breaches’) a Community Treatment OrderA Community Treatment Order is a legal order made by the Mental Health Review Tribunal, or in some circumstances, a Magistrate. It authorises the compulsory care and treatment, usually including the regular administration of medication, of a person with mental illness living in the community. The order is implemented by a public community mental health service, often in collaboration with a range of community managed organisations providing psychosocial care and support services. More and a breach order is made. Police have the power to enter a person’s premises for the purpose of detaining them by virtue of the breach order. Police cannot use force to enter a person’s premises for this purpose without a warrant.